Sex Crimes: A Closer Look at the Types of Charges 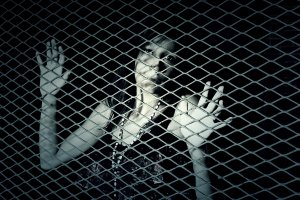 Prosecutors aggressively litigate cases involving sex crimes and judges often impose very harsh sentences, given the reprehensible nature of these offenses. If you’ve been accused of sex crimes or you believe you may be under investigation for these types of offenses, you need the help of an experienced sex crime lawyer in Columbus. Your criminal defense attorney will immediately go to work for you reviewing the evidence against you and speaking with potential witnesses.

Multiple circumstances can fit the legal definition of rape under Ohio law . As your defense attorney can explain to you, you may be charged with rape if you are suspected of having used force or the threat of force to compel someone to engage in sexual conduct. This charge is also used in cases in which the victim’s ability to consent was substantially impaired, the offender administered drugs or intoxicants to the victim to impair judgment and control, and when the victim is under the age of 13.

An individual may be charged with sexual battery for engaging in sexual conduct with another individual who has been coerced, was unaware that the act is being committed, has been deceived such as by misrepresentation, or was substantially impaired. This charge also applies to cases in which the victim was a patient or in legal custody and the alleged perpetrator held authority over the individual.

Ohio law makes it illegal to solicit certain individuals to engage in sexual activity, such as individuals who are under the age of 13. This charge is also used when the alleged offender used a telecommunications device to solicit an individual who cannot legally consent to sex. This includes law enforcement officers who represent themselves as being of an age at which legal consent cannot be given.