When Ohio signed the Adam Walsh Act in 2008, it created a universal method to help classify sex offenders throughout the state and nationwide. The Act classifies convicted sex offenders into three different tiers.

Sex offenders in all tiers must notify authorities of any change in address, place of employment, or school enrollment. 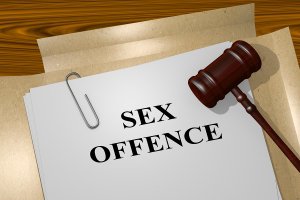 The two most commonly prosecuted sex offenses in federal court involve child pornography and enticement; however, the Department of Justice is making sex trafficking prosecutions a priority. Federal law prohibits the possession, receipt, distribution, and production of child pornography. “Possession” offenses carry no mandatory minimum sentence but call for a maximum sentence of 20 years in prison. ”Receipt” and “distribution” cases carry a mandatory minimum of 5 years and a maximum of 20 years in prison. Finally, “production” cases have a mandatory minimum penalty of 15 years and the maximum sentence is 30 years. These statutory penalties are significantly enhanced if the defendant has qualifying prior convictions and the government gives notice of their intention to seek an enhanced penalty.

The guideline applications for these offenses lead to outrageous sentencing ranges. Many federal judges are sensitive to the artificially high sentences that are mandated by the rote application of the guidelines to these cases. This is a prime area where sentencing advocacy can pay tangible dividends for clients. Consequently, crafting detailed sentencing memos in these cases, tailored to the unique factual and legal issues these cases present, is critical.

“Enticement” prosecutions in federal court are the counterpart to Ohio’s “importuning” statute. However, the difference in the state and federal penalties is breathtaking. Whereas many defendants in Ohio receive probation for their first “importuning” conviction, if convicted of “enticement” under federal law, the defendant faces a mandatory minimum sentence of 10 years in prison. These cases also present unique guideline applications which are often the result of “bait” thrown in the water by the agent with whom the defendant is communicating over the internet. These Guidelines issues must be litigated in court so the defendant’s Guidelines range is as low as possible.

Sex trafficking prosecutions are being made a priority by the Department of Justice. These cases often present situations where a parent might prostitute their children or the defendant might prostitute illegal aliens for financial gain. The mandatory minimum sentence in these cases is 10 years in prison.