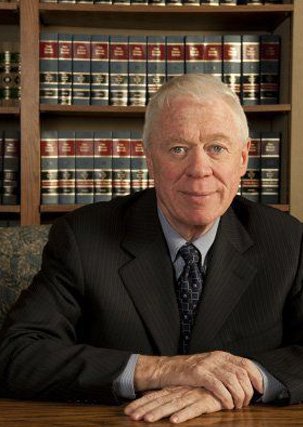 Joseph E. Scott was born in Provo, Utah in 1943. He grew up in Provo and West Mountain, Utah. After attending the College of Southern Utah, Mr. Scott graduated from the University of Utah in 1967. He moved to Indiana where he attended Indiana University. Mr. Scott was there on a National Institute of Mental Health Fellowship and worked at the Kinsey Sex Institute as part of his training. While there, he participated in national and international studies of sexual behavior and sexual erotica. Mr. Scott earned a Master’s degree in 1968 and his Ph.D. in 1972, from Indiana University. The areas of examination for the Ph.D. were statistics, criminology, and sexual behavior.

Mr. Scott has been a professor at Hanover College and The Ohio State University where he has taught psychology, sociology, criminology and criminal justice courses. He has been a visiting professor and lecturer at numerous law schools throughout the United States and Europe, including the Leiden University Law School in the Netherlands.

Mr. Scott has conducted research in numerous countries and continents of the world including: Norway, Sweden, Denmark, Holland, Finland, the Netherlands, Great Britain, the Middle East and Asia. He is the author or co-author of four books and the author of over fifty (50) professional journal articles in criminology, law, psychology and psychiatry. He has been an officer in the American Society of Criminology. Mr. Scott served on the Board for over ten (10) years and served as the co-editor of The Criminologist. He has also held national offices in professional societies and earned local and national awards.