We Have Years of Experience, and We Are Here to Protecting Your Rights

A drunk driving offense can have lasting effects on your ability to operate a vehicle, pay your insurance, and even maintain employment. If you have been charged with driving under the influence in Columbus, it’s essential to work with a DUI attorney that specializes in Ohio DUI laws and the best defense against them.

At Scott & Nolder Law Firm, LPA, we can help you address an OVI charge to help you prevent the consequences of a DUI conviction.

“IN OHIO, YOU ARE CONSIDERED OVER THE LIMIT IF YOUR
BLOOD ALCOHOL CONTENT (BAC) IS .08 PERCENT OR HIGHER.

All states maintain laws regarding the safe operation of motor vehicles, including both passenger and commercial vehicles. DUI, DWI, OMVI, and OVI are all common terms you may have heard; it’s important for drivers to understand what these terms mean and how they will affect you if you are charged with driving drunk in the state of Ohio.

Penalties for a DUI are lasting and severe:

A DUI leaves you with a criminal record that could affect your employment prospects, ability to obtain loans, and future opportunities. In addition, you may also face serious fines and penalties: the loss of your driver’s license and possible jail time. When charged with a DUI, it is important to aggressively protect your rights and interests. Our attorneys will provide a strategic defense and challenge the state’s evidence in DUI cases. We will analyze videos taken by the police and contact witnesses who may be helpful to your case. We also challenge breathalyzer and blood tests.

Why Is OVI So Serious?

Ohio DUI laws carry severe consequences if you are convicted of drunk driving. This is because historically, over 33% of fatal car crashes in the state of Ohio have involved at least one intoxicated driver. In 2015, out of 168,814 enforcement stops and 22,614 crashes investigated by the Ohio State Highway Patrol, 7,361 involved an OVI charge.

The BAC limit is .02 percent if you are under age 21. The penalties for a conviction are harsh, even for a first OVI offense.

You may face penalties that include: 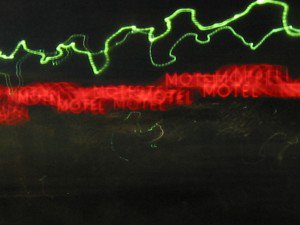 In addition, your driver’s license may be suspended pending an Administrative License Suspension (ALS) hearing. To contest the suspension, you must request an ALS hearing within 30 days of the arrest. We represent clients at these hearings and argue for the restoration of driving privileges.

Ohio is an implied-consent state. This means that by driving on Ohio roads, you have given your consent to take BAC tests if you are pulled over on suspicion of drunk driving. If you refuse to take the Breathalyzer test, your license will be suspended for one year.

The penalties for repeat OVI convictions become more serious with each additional conviction. If this is not your first offense, it is even more important for you must have an aggressive, experienced OVI defense lawyer on your side.

Facts about DUI/OVI and your potential defense:

At Scott and Nolder Law Firm, LPA, we have extensive experience in handling DUI, DWI and OVI cases and can effectively protect your rights. We understand that every DUI/DWI is different. You may be a first-time offender or you might have previous offenses or you might have been involved in a drunk driving accident. We focus on protecting your rights and addressing your specific needs. If you are a commercial driver, you will be concerned you may lose your CDL license. If you are a college student, you may be worried that your school will enforce additional penalties, such as suspension. If you are a professional or parent, you may be worried about your reputation. In any case, charges of DUI, DWI or OVI require an experienced attorney to protect your rights and take appropriate action to limit the consequences you face.

We handle all types of DUI cases, including:

If you are facing OVI charges near Columbus, you can reach an experienced DUI lawyer at Scott & Nolder Law Firm, LPA by calling (614) 221-9790 to discuss your defense options.