Domestic Violence Laws in Ohio: What You Need to Know 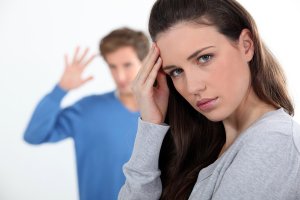 Domestic Violence Laws in Ohio: What You Need to Know

Ohio law recognizes multiple types of domestic violence. You may be charged with this crime if you’re believed to have recklessly or knowingly inflicted physical harm on the victim. However, you may also require the services of a domestic violence lawyer even if you never laid a finger on the victim. This is because the law recognizes the threat of violence as a form of domestic violence. As your sexual assault attorney can explain to you, this type of charge may be either a misdemeanor or a felony. This depends largely upon the specific circumstances, your prior criminal history, and the injuries, if any.

The potential penalties upon conviction can vary widely, depending on whether it is a misdemeanor or felony charge. For example, if you have been convicted of a first-degree misdemeanor, you could be sentenced to up to six months in jail and up to $1,000 in fines. A third-degree misdemeanor could lead to up to 60 days in jail and up to $500 in fines. If you’re convicted of a third-degree felony, you could be required to serve nine months to three years behind bars and to pay a fine of up to $10,000. But a domestic violence conviction becomes a disabling event making possession of a firearm, for any purpose, illegal under federal law.