Everything You Need to Know About OVI Charges in Ohio

What is the difference between an OVI and a DUI?

The simple answer is that there is not really any difference between the two acronyms. Whether you are charged with a DUI, DWI, OMVI or OVI, they all refer to the same thing, which is operating a vehicle under the influence of alcohol or drugs. Ohio law recognizes both OVI and DUI charges though, If you’ve been charged with driving under the influence (DUI), it means that you’ve allegedly been found to have driven with a blood alcohol content of 0.08 percent or higher (or 0.2 percent if you’re under 21). Generally, you’ll be charged with OVI if you’re alleged to have a BAC of 0.08 percent or higher and you were physically in the vehicle at the time. You’ll need to work with a criminal defense lawyer in Columbus if you’ve been charged with operating a vehicle while impaired (OVI). Your drunk driving defense attorney can help you understand the differences between these two charges.  It is not necessary to have been driving the vehicle or even sitting with the vehicle running while parked. If you’re found in the driver’s seat of the vehicle and the keys are available to you, your DUI lawyer will need to defend you against an OVI charge.

What Should You Do at an OVI Traffic Stop?

Under criminal law in Ohio, operating a vehicle impaired (OVI) can apply to any individual who is suspected of being impaired while operating a car, bicycle, horse-drawn carriage, or any other vehicle-motorized or otherwise. If you have been pulled over on suspicion of OVI near Columbus, it’s essential that you keep calm and exercise your legal rights. Simple mistakes can increase the likelihood that you’ll end up facing an OVI CHARGE . If you are arrested, remember to call a DUI attorney right away. 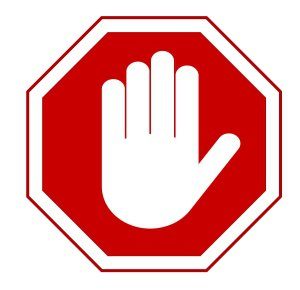 As soon as you see flashing lights or hear a siren, take your foot off the gas pedal and pull over in a safe area. Remember to use your turn signal to let the police officer know that you are complying. Turn off your engine, but leave your lights on if it’s dark. Avoid moving around in your seat, and never reach for your license and registration until requested to do so. These actions might make the officer think that you are trying to hide contraband.

It’s inevitable that the police officer will ask you questions upon approaching your car window. Answer certain questions, such as those that ask you for your full name and address. However, do not volunteer information that could incriminate you. Many people assume that it’s all right to say that they had a glass of wine with dinner. But in fact, this only gives the officer probable cause to investigate the situation further. If you admit to drinking, the officer is then allowed to perform the field sobriety tests. Don’t argue with the police officer and always remain polite.

Another area where OVI suspects commonly make mistakes is when they are asked to take roadside sobriety tests. It’s often thought that these tests are mandatory, when in fact, they are not. These roadside tests include walking a straight line, balancing on one foot, and following the officer’s finger with your eyes. You are not required to take these tests; however, if the officer asks you to get out of your vehicle, you must comply.

Ohio is an implied consent state, which means that you are presumed to have given your consent to BAC chemical testing. If you refuse, you can face penalties such as the suspension of your license for up to one year. However, your DUI attorney may be able to modify this license suspension and get you driving privileges for work and other necessary activities. If you do agree to the breathalyzer and your BAC is above the legal limit of .08, you face an additional charge of OVI per se. There are also more severe penalties for a “high test.” In summary, without a BAC test, you can be charged with OVI Impaired; with a BAC test, you can be charged with OVI Impaired and OVI per se. Be sure to weigh these options when considering whether to voluntarily take a breathalyzer test.

What Minors Need to Know About DUI/OVI Penalties

The legal drinking age is 21, but unfortunately, it’s all too easy for underage individuals to access alcohol. When underage drinking is combined with operation of a motor vehicle, serious accidents can result. When an individual under age 21 is charged, then operating a vehicle while under the influence (OVI) is referred to as the operation of a vehicle after underage consumption (OVUAC). This type of OVI CHARGE may be brought when an underage person has allegedly been found with a blood alcohol concentration (BAC) of 0.02%. If you’re facing an OVUAC charge, talk to a DUI attorney in Columbus, Ohio, without delay. 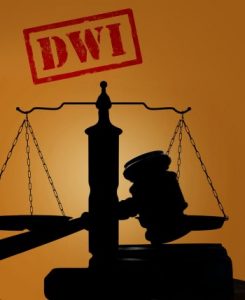 Even before an underage OVI case goes to trial, the DEFENDANT CAN FACE PRE-TRIAL SANCTIONS. Pending an Administrative License Suspension (ALS) hearing, the defendant’s driver’s license or permit can be suspended. The suspension may last between six months and three years. However, a DUI attorney can represent the defendant at the administrative hearing and argue in favor of the restoration of the driver’s license.

A first offense is prosecuted as a fourth-degree misdemeanor. It is at the discretion of the court to decide whether to impose a jail term of up to 30 days or a fine of up to $250.

If an underage offender faces OVUAC charges for the second time within a year, then the prosecutor can pursue third-degree misdemeanor charges. The court can impose a class four judicial suspension, which is a definite suspension of the driver’s license or permit for one to five years. The court is given discretion to impose other penalties, which h might include a jail term of up to 60 days. The defendant may be ordered to pay a fine of up to $500.

It is possible for defendants who are facing OVUAC charges to be charged with other criminal offenses at the same time. Some common charges filed against underage drinkers include minor in possession of alcohol, solicitation of alcohol, and distribution of alcohol to other minors. The underage drinker may be charged with the possession of false identification and possibly child endangerment violations. These charges can bring additional legal penalties upon conviction.

Contact your criminal defense attornies in Ohio to help you with your OVI or DUI charge today.