How a Felony Conviction Can Impact Your Employment 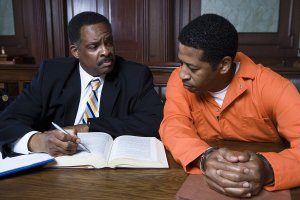 mes, even the best criminal defense lawyer available can’t protect you from a felony conviction if the evidence is overwhelmingly against you and the arresting officers did not commit any procedural errors. If your drug possession defense or a defense for another crime fails, you could be facing severe penalties. In addition to serving time behind bars, paying substantial fines, and other possible penalties, you’ll likely find that it’s very difficult to reintegrate into society once you’re released. Not only must you cope with damage to your reputation and strained relationships with your family, but you’re likely to find that it’s challenging to land a job.

As your criminal defense lawyer in Columbus can warn you, prospective employers have the right to ask you if you’ve ever been convicted of a felony. Under most circumstances, employers generally prefer to hire individuals who have a clean record. If an employer is asked to choose between two equally qualified candidates, one of whom has a felony conviction on his or her record, that employer is likely to choose the individual with a clean record. Even if a convicted felon lands a job, he or she may be more likely to have problems retaining it if the company undergoes layoffs.

Individuals who have been convicted of felonies often have co-existing problems that can indirectly inhibit gainful employment. For example, an individual who has been convicted of felony drunk driving despite working with a DUI lawyer is likely to lose his or her driving privileges for a period of time. This can lead to frequent absenteeism and tardiness. Additionally, studies have shown that convicted felons are more likely to suffer from challenges such as substance abuse, mental health problems, and a lack of formal education, all of which can create problems when seeking gainful employment.

A criminal defense lawyer may be able to help some convicted felons improve their chances of gainful employment . In certain cases, it may be possible to expunge a felony conviction, or erase it entirely from an individual’s record. If expungement is not possible, a defense attorney may be able to get the record sealed.