What Are Your Rights During a DUI Traffic Stop? 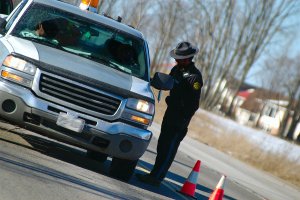 One of the most common questions a defense attorney is asked involves an individual’s rights at a DUI traffic stop. At these stops, you do have the right to avoid answering most questions, you can refuse impairment testing, and, if arrested, you can demand access to a criminal defense lawyer in Columbus. However, if you’ve been pulled over on suspicion of drinking and driving, you can expect to be arrested. Police officers undergo extensive training on detecting impaired drivers.

Your right to silence is arguably the most important legal right in these types of situations. You can and should provide the police officer with the answers to basic questions, such as your full name and address. However, you do not have to answer questions such as, “Have you been drinking tonight?” Instead, you might say something like, “Why do you ask that?” or “Do you need my driver’s license?” Of course, if you truly haven’t been drinking any amount of alcohol, it won’t hurt you to answer honestly.

After observing your driving patterns, your behavior upon being pulled over, and possible physical signs of intoxication, the police officer may request that you take a series of field sobriety tests . These include standing on one leg and walking in a straight line. Many field sobriety tests are now known to be essentially useless, since it’s entirely possible that a sober, nervous person will fail them. You can politely refuse to take these tests. However, be aware that if you refuse them, the police officer may demand that you take a chemical test. If you refuse a chemical test, you’ll be subjected to criminal penalties.

Right to Demand a Defense Attorney

It’s a common misconception that you have the right to demand a drunk driving defense attorney before taking sobriety tests. In fact, you can demand to call your defense attorney after being arrested. You should call a lawyer as soon as possible after you’ve been booked.