What Are the Penalties for DUI in Ohio? 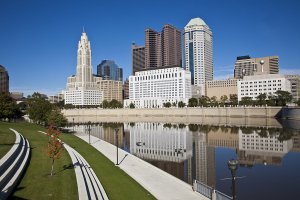 Under Ohio criminal law, police officers typically charge individuals suspected of driving under the influence (DUI) with the charge of operating a vehicle under the influence (OVI). These two charges are the same type of violation and they may be used interchangeably. Like other states, it is illegal to drive with a blood alcohol content (BAC) of 0.08 percent or higher in Ohio. However, if you’re a commercial driver, you can be charged at 0.04 percent or higher and if you’re under the age of 21, you can be charged with a BAC of 0.02 percent or higher. Regardless of the circumstances, you’ll need the help of a DUI lawyer . Hiring a drunk driving lawyer near Columbus improves your chances of a favorable outcome for your case.

Individuals who are under the age of 21 and who receive a minor OVI conviction can be sentenced to up to 30 days in jail. They can also expect to have their driver’s licenses revoked for at least 90 days and to pay fines of up to $250. Additionally, they may be required to complete an alcohol education course.

One of the first steps your DUI lawyer will take in preparing your criminal defense is to check your criminal record, if you already have one. Multiple DUI/OVI convictions within a certain span of time will result in progressively harsher penalties. For a first conviction, adults may face up to six months in jail, fines of up to $1,075, and a license suspension for no longer than three years.

Like a first DUI offense, a second conviction is charged as a first-degree misdemeanor. While the sentence may involve up to six months in jail, the other penalties may be more severe as compared to a first conviction. You could be facing a steeper fine and a five-year suspension of your driver’s license, along with vehicle immobilization for 90 days.