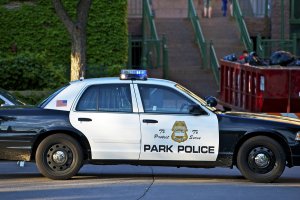 There are many advantages to working with a DUI lawyer in Columbus after being charged with drunk driving. Not only can your DUI lawyer ensure that your legal rights are upheld, but he or she can also negotiate with the prosecutor on your behalf to secure a plea bargain.

With a typical plea bargain, you would agree to plead guilty in exchange for certain concessions. Often, plea bargains involve pleading guilty to a lesser charge or they may involve a guilty plea in exchange for a lighter sentence. Sometimes, a prosecutor will agree to drop one charge if the defendant pleads guilty to another charge.

Negotiating with the Prosecutor

Before negotiating with the prosecutor for a plea deal, your lawyer will go to work on your criminal defense. He or she will evaluate the case and assess the evidence against you. Sometimes, a criminal defense attorney can identify serious flaws in the evidence or other weaknesses in the prosecutor’s case. These issues can be used to give your lawyer the upper hand during negotiations, which could mean you’ll get a more favorable deal. However, if the prosecutor does have a strong case against you, you will need to make some compromises. Remember that you do not have an obligation to accept a plea deal that you do not agree with.

Your criminal defense attorney will discuss your case with the prosecutor. However, you can expect that the prosecutor will try to ask you some questions. You can defer these questions to your attorney. It’s important to never make any remarks that could be interpreted as an admission of guilt. If the plea bargain is not finalized and your case goes to trial, these remarks can be used against you.

It is possible that the judge will dismiss your case in the event the arresting police officer is not available to testify. This is why your DUI lawyer may advise you to avoid accepting the plea bargain right away. The prosecutor may offer a much more favorable plea deal just before the trial begins, which you could either accept or take the chance that the judge might dismiss the case.