What Are the Consequences of Being on the National Sex Offender Registry? 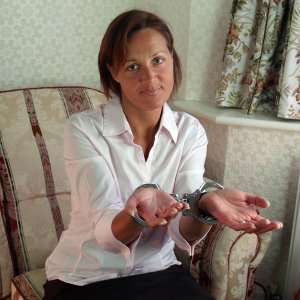 There are many different types of sex crimes that may lead to an individual being required to register with the sex offender registry, including child pornography. Even after being released from jail and paying one’s debt to society, a convicted sex offender faces lifelong consequences from having his or her name on the registry. Given the severity with which child pornography charges are treated, it’s imperative that you consult a sex crimes lawyer in Columbus if you’ve been charged or if you think you might be under investigation. Your lawyer will need to construct a solid child pornography defense to improve your chances of a favorable outcome.

After being released from jail, many convicted sex offenders turn to family members or friends for assistance with temporary housing. However, if your family member happens to live within 1,000 feet of a school, you may not live at that residence. Being on the sex offender registry can severely limit your opportunities for securing housing.

Your criminal defense attorney may advise you that being on the registry is likely to cause problems when you’re searching for a job. Convicted felons are required to disclose the felony on employment applications. Additionally, your potential employer could search for your name on the registry. When he or she discovers that you were convicted of a child pornography charge, your chances of obtaining the position are likely slim at best.

Sex crime charges often lead to strained relationships with family members, friends, and romantic partners. In the event that a romantic partner is able to look past the conviction, he or she may be forced to cope with the social stigma of being with a convicted sex offender.

The social stigma of being on the list for a child pornography conviction can sometimes lead to acts of violence. According to The American Prospect , a 2005 study revealed that 21 percent of 183 convicted sex offenders had suffered property damage because of retaliatory acts. Some sex offenders have been physically assaulted by individuals who found out they were on the registry, while a few others have been murdered by vigilantes. A significant percentage of offenders have reported harassment and threats, directed at both them and their family members.