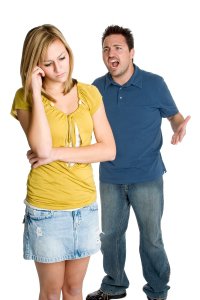 Before meeting with your domestic violence attorney near Columbus, it’s a good idea to write down any questions you have about your case and applicable criminal law. Your criminal defense attorney will evaluate the facts of your case and the evidence against you to develop strategies for your defense.

If No Injuries Were Inflicted, Is It Still Domestic Violence?

Accused offenders are sometimes confused about why they have been charged with domestic violence when physical violence never occurred. Under Ohio law, you can be charged with this type of crime if the alleged victim claims that you made a threat which resulted in fear of harm. As your defense attorney may point out, it may be difficult for a prosecutor to prove that a threat was made.

Can an Alleged Victim Decide to Drop the Charges?

It is not uncommon for an alleged victim of domestic violence to recant the story and try to have the charges dropped. This may sometimes occur if the allegations were made for the purpose of revenge, for example. However, once an alleged victim informs the police what has happened, the decision of whether or not to file charges belongs to the prosecutor. The prosecutor may decide to file charges even if the alleged victim never accuses the defendant. This may be based on witness statements or other evidence.

What Factors Will the Judge Consider Before Sentencing?

If you are convicted of domestic violence, your criminal defense attorney may point to various factors that may lessen your sentence. For example, a lack of injuries or very minor injuries may contribute to a less severe sentence than serious injuries would. The judge will also consider the unique circumstances of the case, such as whether you might have been provoked, and he or she will consider whether you have prior convictions.

What Are the Potential Penalties?