What Are the Differences Between State and Federal Criminal Charges? 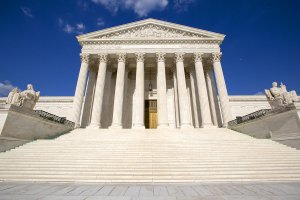 Being charged with a state or federal crime means that you need to find a criminal lawyer near Columbus . While most criminal defense attorneys largely handle state law charges, fewer attorneys are competent in both state and federal criminal laws and qualified to represent defendants on any criminal charge. In criminal law, federal charges refer to any charges brought by the United States government, while state charges are brought by the state in which a crime was committed.

Crimes are usually considered state problems, and the federal government generally charges a criminal act only if it involves more than one state or if it is a more severe offense. While a DUI attorney defending his client in state court will only have to deal with one or two local police officers and one prosecutor, a federal defense attorney almost always has to contend with federal agencies with almost unlimited budgets. For example, a federal defense attorney could contend with state police and the FBI, DEA, ATF, and others.

Federal judges also use different sentencing guidelines. In state criminal law, penalties and sentencing are guided by state legislation. Different states have different limits. For example, robbery may carry a sentence of three years in Alabama. But a New York criminal defense lawyer defending his client against the same charge may advise him that New York law mandates five years for robbery. But since federal courts involve only federal criminal law, a federal criminal defense attorney deals with the exact same guidelines regardless of where the court is located.

Sentencing enhancements allow a judge to increase a punishment. In state court, a judge may increase jail time for an offender who has committed the same crime more than once. For example, three strikes laws punish criminals with harsh jail time upon a third conviction for a serious felony offense. The federal criminal law system is arguably stricter. Federal law relies strictly on a point system based upon factors like your background, criminal history, and the alleged victim’s age.