What to Do After a Criminal Arrest: Understanding the Bail Procedure

If you have been arrested, your first step should always be to contact a criminal defense attorney serving Columbus. A criminal lawyer can make sure your rights are protected throughout the entire process and will fight for the lowest possible bail. After you are processed into police custody, you will have to post bail, which is an amount of money the judge determines you should pay to be released before trial. To better understand just how bail works in criminal defense law, continue reading. 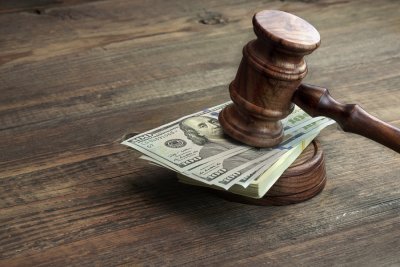 |Before you can even begin to contact top criminal defense law firms, you first need to be processed. After an arrest, you will be booked into police custody. During that time, a police officer will record personal information, including your name, date of birth, and physical traits. An officer will confiscate any personal property, including your keys, phone, and wallet. Finally, you will be placed in a jail cell and be permitted to call a criminal law attorney.

Bail Determination
After you hire a criminal lawyer, you can be accompanied by your attorney in your first court appearance. If the court refuses to release you without bail, you will appear before a judge. During a bail hearing, the court will consider your mental and physical condition, ties to the community, family support network, and financial resources. Drug and alcohol abuse problems may result in a higher bail, as may any past failure to appear before a court. At the end of a hearing, the judge will set your bail amount.

Bail Payment
Once a judge has set the amount of your bail, you must pay that amount to the court. Once you’ve “posted”—or paid—bail, the court will issue a document permitting you to be released. If you cannot afford to pay your bail, your criminal defense lawyer can help you contact a commercial bail bond agent to pay and ensure your bond. However, a bond agent will charge a fee for that service, so be sure to consult with your attorney first.