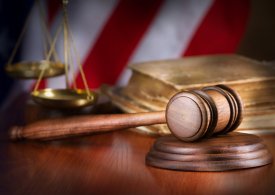 Prior convictions often play a role in sentencing an individual convicted of another crime. However, as your sexual assault attorney may point out, the type of prior conviction matters. If you previously were cited for minor traffic infractions, for example, those aren’t likely to factor into the judge’s decision. On the other hand, if you were previously convicted of assault, domestic violence, or another violent crime, the judge is likely to impose a harsher sentence.

Another factor involved with the sentence imposed by the judge is the injuries sustained by the accuser. The judge may consider that individual’s medical records and other types of evidence to assess the severity of the physical injuries. A person convicted of causing serious harm, such as fractured bones and concussions, is likely to face a longer prison term than one convicted of causing bumps and bruises.

Lawyers and judges understand that each domestic violence case is unique and often hinge upon one person’s word against the other person’s. For example, your domestic violence lawyer may argue that provocation played a role in the incident. If your partner raised a hand to you first, for example, your lawyer may argue that you were defending yourself. In these types of cases, the judge may only impose a light sentence or the charges may be dropped entirely. Other factors the judge may consider include the location of the incident and the relationship between the defendant and the accuser.