What Are the Potential Consequences of Your Third DUI?

Under Ohio law, the penalties for a driving under the influence (DUI) conviction become significantly harsher if you have prior convictions. If you have been charged with a DUI, contact a DUI lawyer right away. A DUI lawyer near Columbus may help you avoid a third conviction. If the conviction is your third DUI offense within a six-year period, it is considered to be an 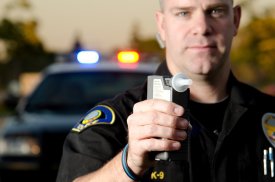 As your DUI lawyer can inform you, you’ll be facing a fine of up to $2,750 if convicted. You could be incarcerated in jail for up to one year. In addition, you could be forced to relinquish your vehicle and you could lose your driver’s license for up to 10 years. Furthermore, these penalties aren’t the only potential consequences from a DUI conviction. It can be difficult to obtain gainful employment once you have felony convictions on your record. Even if you do land a job after serving time behind bars, you may be hard-pressed to get to work each day without a driver’s license. The severity of these penalties is one reason why it’s critical to work with an experienced drunk driving defense attorney.