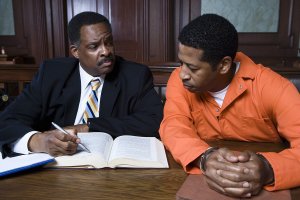 The manner in which judges are selected for federal court differs from the methods used in state court. Federal judges are nominated by the President and confirmed by the U.S. Senate. Usually, federal judges hold their office for life or until they decide to resign. However, it is possible for a federal judge to be removed from office via Congressional impeachment. In contrast, state court judges may be appointed or elected to their office.

Federal courts have jurisdiction over cases that involve questions of constitutionality, U.S. treaties, ambassadors, and habeas corpus issues. Federal courts also hear cases that involve disputes across state lines. Although most criminal cases are tried in state court, a federal prosecutor may try certain types of cases. For example, robbery is generally tried in state court. However, robbery of a bank with deposits that are insured by a federal agency is a federal crime and will be heard in federal court. Mortgage crimes, tax crimes, and white-collar crimes are other types of crimes that may be prosecuted in federal court. Other examples include gun or drug charges, and sex offenses that involve crossing state borders.