Dealing with DUI Charges in Ohio 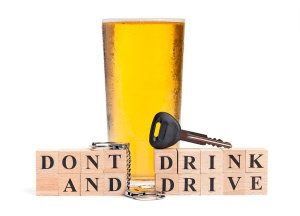 In Ohio, you can be charged with driving under the influence (DUI), also known as operating a vehicle under the influence (OVI) if you’re found to have a blood alcohol content of 0.08 percent or higher. If you’re under the age of 21, that percentage drops to 0.02 percent or higher. After being charged with DUI/OVI, criminal law in Columbus provides for your right to contact a criminal defense attorney. An experienced DUI lawyer can help you obtain a favorable outcome for your case.

Police officers often use field sobriety tests to determine whether a suspect is impaired by alcohol or drugs. These are not clinical tests; rather, they involve asking the individual to walk a straight line, stand on one leg, or complete similar tasks. Your attorney can challenge the results of a field sobriety test by pointing out that your emotional state resulting from being pulled over-influenced your performance. Or, the officers may not have had proper training and certification to perform these tests. Other possible challenges to these test results include medical conditions, bad footwear, poor road conditions, and environmental problems—such as glaring headlights.

Breath tests and other chemical tests do not always give accurate results. If there is a significant delay between the traffic stop and the administration of the test, your defense lawyer may argue that this caused more alcohol to be absorbed into your bloodstream. This may mean that your BAC was not above the legal limit at the time that you were driving.