A Look at the Stages of a Domestic Violence Case 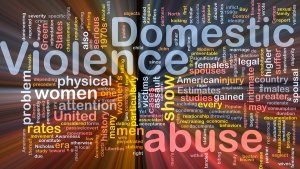 Domestic violence cases often begin with a 911 call made during a heated argument. It’s not unusual for alleged victims of domestic violence to embellish claims or completely falsify accusations. It’s also not unusual for these individuals to later recant their accusations and refuse to cooperate with the prosecutor. Nevertheless, a criminal defense attorney should be involved with the case from the start. During the initial investigation, the accused individual should be wary of making potentially self-incriminating statements. It’s important to behave reasonably and courteously during interactions with the police officers, especially if the initial investigation leads to an arrest.

After an arrest on charges of domestic violence, the first court appearance is the arraignment. During this appearance, the accused is formally advised of the charges against him or her. The accused is advised of certain legal rights and he or she will be asked to enter a plea of “guilty” or “not guilty”. A not guilty plea is advisable; this can always be changed later to a guilty plea in the event a plea bargain is accepted.

If a plea bargain is not offered or accepted, then the case will progress to a trial. During the trial, it is the role of the prosecutor to prove guilt beyond a reasonable doubt. The defense attorney does not need to prove innocence, only that there is a reasonable doubt of guilt.