Examining the Consequences of DUI Charges for Repeat Offenders

Charges of drunk driving are among the most common reasons why individuals in the Columbus, OH area must consult a traffic lawyer. In Ohio, driving under the influence (DUI) is actually referred to as operating a vehicle while under the influence (OVI) of alcohol or drugs. A person may face an OVI charge if he or she is suspected of operating any vehicle, including a trackless trolley or streetcar, while impaired by alcohol or drugs. An OVI charge can have serious consequences, especially when an individual has been convicted of drunk driving more than once. 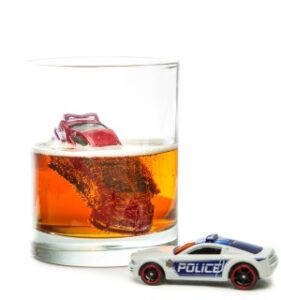 For sentencing purposes, OVI offenses count as multiple offenses if they are allegedly committed within six years of each other. This means that if a person was first convicted of drunk driving in 1995 and is now facing an OVI charge in 2016, he or she would be sentenced as though it were the first such charge on his or her record. However, if a person does have a second conviction or pleads guilty to the second OVI offense within six years, then he or she is found guilty of a first-degree misdemeanor. This offense is punishable by a mandatory jail term of 10 consecutive days. An additional jail term not to exceed six months may be handed down. At his or her discretion, a judge may decide to impose a jail term of fewer than 10 days if it is combined with a term of house arrest with electronic monitoring and/or with continuous alcohol monitoring. Additionally, the court may impose a fine, require an alcohol addiction assessment, and suspend the offender’s driver’s license.

Subsequent OVI offenses within six years may result in a mandatory prison term of one to five years, depending on the specific circumstances. Following the prison term, the court may impose a community control sanction, suspend the driver’s license, order fines, and subject the vehicle to criminal forfeiture.