What Types of Defenses Are Common in Domestic Violence Cases?

Domestic violence laws in Columbus, Ohio, provide for severe legal penalties upon conviction, which may include time in jail or prison. After an accusation or arrest for domestic violence, it’s imperative to contact an attorney immediately. The sooner you contact a domestic violence attorney, the sooner he or she can get to work building effective legal strategies for your defense. 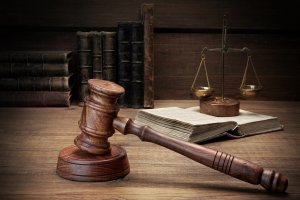 Not all domestic violence allegations arise from actual incidents. In many cases, the accuser brings false allegations against the defendant. This is often done for personal revenge or to gain some sort of advantage, such as when the accuser is trying to deny the defendant the right to child custody or visitation. If you’ve been accused of domestic violence, it’s important to be fully honest with your attorney about the circumstances, such as whether your accuser might have made deliberately false accusations. Your attorney can review the police reports and witness statements to look for inconsistencies in the accuser’s allegations.

Domestic violence allegations often boil down to one person’s word against the other. It isn’t actually necessary for your lawyer to prove that you are innocent. Like all criminal defendants, you are innocent until proven guilty. This means that it is the role of the prosecutor to prove your guilt. Your attorney can question the credibility of the prosecutor’s witnesses and physical evidence to raise a reasonable doubt about your guilt or innocence in the minds of the jurors.