Sex crimes that make use of the Internet may be prosecuted under federal or state criminal law. If you’ve been accused of or charged with Internet sex crimes, it’s important to avoid discussing the case with anyone until you’ve contacted a criminal defense attorney . Top criminal defense law firms in Columbus will safeguard your legal rights and develop strategies for your defense. 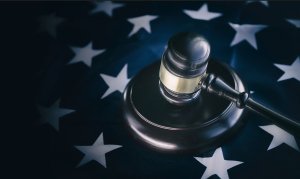 The term “Internet sex crimes” is somewhat misleading, as it’s entirely possible for a sex crime to involve elements of Web usage as well as physical acts in the real world. One common example of an Internet sex crime is unlawful sexual conduct. In this case, an alleged perpetrator may entice a minor to meet him or her at a real-world location for the purpose of sexual activity. Criminal law in Ohio defines unlawful sexual conduct with a minor as being sexual activity between a person who is 18 years old or older and a person who is 13 or older, but less than 16 years. Depending on the age difference between the individuals, this crime may be prosecuted as a fourth-degree, third-degree, or second-degree felony, or as a first-degree misdemeanor.

Pandering Obscenity
The charge of pandering obscenity involving a minor can refer to child pornography that is created, produced, published, promoted, or otherwise disseminated, such as via the Internet. It is not considered an acceptable defense for a defendant to claim mistake of age of the victim. Additionally, this charge may apply even if the victim was not actually a minor, but was made to appear as though he or she was a minor. Pandering obscenity may be prosecuted as a second-degree, third-degree, or fourth-degree felony.