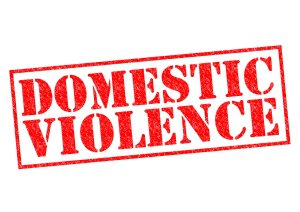 Causing or Attempting to Cause Physical Harm

The Ohio Revised Code (ORC) defines domestic violence in section 2919.25. The first division in this section prohibits any individual from knowingly inflicting or attempting to inflict physical harm. This law is applicable when the alleged victim is a family or a household member. A family or household member can refer to anyone who is currently or has previously resided with the accused, including a spouse, former spouse, or person living as a spouse. It also includes parents, foster parents, and pregnant woman’s unborn child. A first offense of this nature is considered a first-degree misdemeanor. A second offense is prosecuted as a fourth-degree felony and a third offense is a third-degree felony. However, regardless of prior convictions, if the accused knew that the alleged victim was pregnant at the time of the alleged incident, then the offense is prosecuted as a fifth-degree felony.

The second division of the domestic violence law prohibits the reckless infliction of serious physical harm on a family or household member. Reckless actions refer to those that do not necessarily intend to inflict harm but do so regardless. A first violation is prosecuted as a first-degree misdemeanor and a second conviction is considered a fourth-degree felony. A third offense is a third-degree felony.

The third division covers the use of the threat of force. It is illegal to use threats of force to knowingly place a family or household member in fear of imminent physical harm. Generally, this is prosecuted as a fourth-degree misdemeanor. A second offense of domestic violence is a second-degree misdemeanor and a third offense is a first-degree misdemeanor.